CIOB Home
You are here:Home Media Centre CIOB News CIOB invites the public to choose the 2016 Art of Building Photographer of the Year 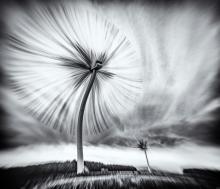 Some of the built environments most amazing and poignant stories are revealed today as the Art of Building announces the top 15 shots to have made it through to the public final.

Amongst the shortlist appears a windfarm turned into a dandelion through multiple exposures and a photo that describes how modern architecture can be a conduit for people to express their faith.

The competition, run by the Chartered Institute of Building, now enters its final stage as the public vote for their favourite shot after thousands of entries. 15 shortlisted images have made their way past the scrutiny of the judging panel which included professional photographers, editors and communicators.

The photograph with the most votes will earn that finalist the coveted title of ‘Art of Building Photographer of the Year’ and a cash prize of £3,500.

“There is a cornucopia of styles and stories in this year’s final,” commented Saul Townsend, CIOB spokesman. “In a world full of high definition colour technology black and white photography still inspires a host of photographers.  Voters are in for a visual treat and we hope will be inspired to look at the built environment in a new way and to take part themselves next year. Congratulations to all the finalists. ”

Now in its seventh year the contest celebrates creativity in the construction industry.  The voting opens on 15 December 2016 and closes on 23 January 2017. The winner is announced on 7 February 2015.

For more details on the competition and to vote, log on to www.artofbuilding.org.