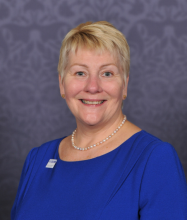 The latest Construction Output Statistics, covering the third quarter of 2019, show that construction output in Northern Ireland increased by 3.9% compared to the previous quarter, but decreased 2.7% compared to the previous year. While construction output in Northern Ireland has been quite volatile on a quarterly basis – showing consistent fluctuations since early 2018 – the longer-term trend has been positive since the 12 year low seen in the fourth quarter of 2013.

Repair and Maintenance was a big driver of quarterly growth with a 10.1% increase, compared to a 0.8% decrease in New Work. Infrastructure was the other major growth area, although it is coming from a low base; it saw a significant (19.4%) increase compared to the previous quarter. Infrastructure has been on a sharp upward trend in Northern Ireland since early 2018, and the return of the Northern Ireland Executive could see this trend continue with previously stalled projects hopefully now being advanced.

The return of the Northern Ireland Executive is likely to provide the sector with more certainty around the funding of public sector projects. Such certainty would be welcome as the latest figures from The Northern Ireland Composite Economic index (NICEI), also released this week, show that Northern Ireland’s private sector contracted by 0.3% in the third quarter of 2019.

Caroline Gumble, Chief Executive at the CIOB, commented: “Looking at these figures, it’s interesting to note how they mirror the figures recently released for the whole of the UK by the ONS. We want to see an improvement in business confidence and measures to reduce the volatility for the sector, particularly in Northern Ireland. These figures are yet more evidence that a focus on a pipeline of well-planned projects and support for sector jobs is critical and the welcome reopening of the Assembly will be crucial in enabling this.”