CIOB Home
You are here:Home Media Centre CIOB News Next generation of construction leaders face off in Hong Kong

Next generation of construction leaders face off in Hong Kong 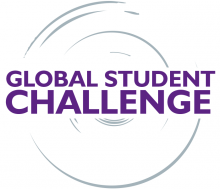 Students acting as a board of directors for a virtual construction company, in a simulated environment, have been fighting it out over six weeks of intensive competition to reach the final of this year’s Global Student Challenge, run by the Chartered Institute of Building.

The challenge utilises software developed by Loughborough University where players take decisions on staffing levels, estimating and bidding, managing cash flow and capital and seeking investment opportunities.  It is seen by the industry as an opportunity for university students to learn real skills in contract management, teamwork and leadership. Teams consist of 4 people who each take on a specific job role such as finance director, construction director or chief executive.

The winning team receives £2,000 in prize money along with access to mentoring from industry leaders who will offer advice and guidance on their future careers and professional development.

Right from the start team Cali Constriction took an early lead which was briefly taken from them before they regained it the following week. In the final round of competition, Oath Keeper leapt an impressive five places to third place and in doing so secured their position in the final.

Dale Mason, one of the members of the 2015 winning team from Glasgow said: “The best thing about this competition is the business learning side. It’s a massive learning curve, seeing things not just in terms of calculations and equations, but in terms of the outcomes of your decisions. The hardest thing has been learning diplomacy skills and finding a way to come to an agreement – team working – it sounds easy but it is quite difficult at times.”

You can find live updates and further information online at http://gsc.ciob.org.

The Chartered Institute of Building (CIOB) has responded to the Government’s Comprehensive Spending Review.

The CIOB has responded to the Housing, Communities & Local Government Committee’s (HCLG) report on the pre-legislative scrutiny of the...