CIOB Home
You are here:Home Media Centre CIOB News Our Global Student Challenge is back – register your team now!

Our Global Student Challenge is back – register your team now! 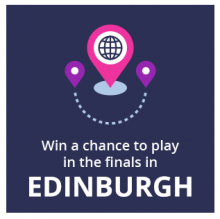 The annual CIOB Global Student Challenge has now opened for registration for the 2019 competition.

Since 2014, the competition has challenged built environment students to run their own virtual construction company – with the leaders after six weeks of competition given the opportunity to compete in finals that attract talent from around the world.

In this, the sixth year of the competition, we are seeking teams made up of full-time students studying a degree in the built environment. The winning team receives £2000 in prize money, along with access to a unique mentoring programme, with industry leaders offering advice and guidance to support the winning teams’ professional development.

CIOB’s Global Student Challenge is a real test of construction industry know-how, taking place in stages over a number of months. The competition provides a realistic simulation where teams, made up of three or four people, act as a Board of Directors running their own company.

There’s a “Foundation Years” stage, which kicks off in January. This is where you learn how to play the game, running a virtual construction company in a simulated environment, testing out different strategies and refining tactics for the competitive game. The CIOB advises that, based on performance in previous years, teams who do well in the competition are the ones who make the most of this stage.

The “Early Years” stage starts a few weeks later. Teams now play competitively with other teams around the world, making decisions that influence the success of their companies.

More than 60 teams entered the 2018 competition, with the six teams scoring the most in the early rounds being invited to the finals as part of the CIOB’s annual Member’s Forum. In 2019 both events will once again be run alongside each other, this time in Edinburgh.

The competition is only open to full-time students, although there remains an allowance of one postgraduate member per team as in previous years. Teams are normally made up of four members, but three is permissible. Costs will remain the same as last year - details can be found on the web site.

The CIOB has responded to the Housing, Communities & Local Government Committee’s (HCLG) report on the pre-legislative scrutiny of the...

The Chartered Institute of Building has responded to the government’s ‘Ten Point Plan for a Green Industrial Revolution’.

The Secretary of State for Business, Energy and Industrial Strategy has written to the UK construction industry. The letter offers thanks to “...