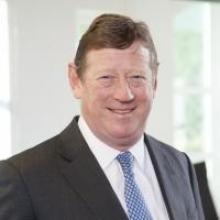 James Wates, a Past President of the Chartered Institute of Building, has been knighted in the Queen’s Birthday Honours for services to business and charity. Wates, already the recipient of a CBE for services to construction and the charitable sector, served as a President from 2010 – 2011.

Wates, who is also a CIOB Fellow (FCIOB), has spent the whole of his career in the construction industry, working his way up through the family business to become Chairman in 2013.  He’s still a vocal presence in the industry, ensuring that Wates are among the Hackitt Early Adopters and still regularly contributing to Construction Manager.

Eddie Tuttle, CIOB Director for Policy, Research and Public Affairs, said: “James has been an industry leader for many years and he continues to lead by example – his work to raise the profile of the changes needed post-Grenfell has been very influential and helped to drive the agenda forward. I congratulate James on this well-earned recognition.”

Chris Soffe, the CIOB’s current President, also offered his congratulations: “The honour is a real achievement. It’s a testament to a lifetime of leadership in the industry and well deserved.”

CIOB welcomes "Roadmap to Recovery" for the construction industry

The Chartered Institute of Building welcomes publication of the ‘Road to Recovery’ plan by the Construction Leadership Council (CLC).

The programme for this year’s Members’ Forum will look a little different, as it’s the first virtual version of the week-long event the CIOB has...

92% of construction professionals around the world said they expect their business to survive the COVID-19 pandemic in a survey conducted by the...

Members of the Chartered Institute of Building’s (CIOB) South African hub has added its voice to calls for the South African government to speed...

Published: 21st May 2020
CIOB and the Lighthouse Club team up for Mental Health Awareness Week

The Chartered Institute of Building and the Lighthouse Club are teaming up to offer a series of free, live webinars to the construction community...