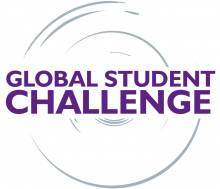 The annual CIOB Global Student Challenge has now opened for registration for the 2018 competition.

Since 2014, the competition has challenged built environment students to run their own virtual construction company – with the very best after six weeks of competition given the opportunity to compete in the tense finals that, for the last four years, have been held in Hong Kong.

Previously known as the free trial period, it’s been noted in the last few years that the teams who do well in the competition are the ones who have made the most of the trial period. With this in mind, we’ve introduced the name Foundation Years to establish this period of time as the official starting phase of the competition.

Following on from the Foundation Years, which take place in February 2018, will be the Early Years stage, which has a first submission date of 20 March 2018. The Early Years end on 24 April 2018, with the top six ranking teams announced as the finalists the following day.

The biggest change is that the July finals are being moved from Hong Kong for the first time. Instead, the finals will be hosted in Toronto.

What that means for the finals is that as well as competing to win the Global Student Challenge title, finalists will also be able to take part in Members Forum activities and network with senior construction professionals from around the world.

Finally, the entry requirements have been amended slightly and the competition for 2018 will only be open to full-time students. However, there remains an allowance of one postgraduate member per team as in previous years.

The competition is open to students studying a degree in the built environment. All finalists and their university tutor will be flown out to Toronto, with all expenses paid. The winners receive mentoring from senior construction professionals; this includes past CIOB presidents and a cash prize of £2000 for the winning team.

All sounds good to you? The registration form for the competition can be found at gsc.ciob.org

The Chartered Institute of Building (CIOB) has launched a new Guide for Construction Quality, focusing on quality management during the...

Published: 9th December 2020
CIOB invites the public to choose their favourite photograph of the built environment

The public have been asked to choose their favourite photograph from the biggest international photography competition that celebrates the built...